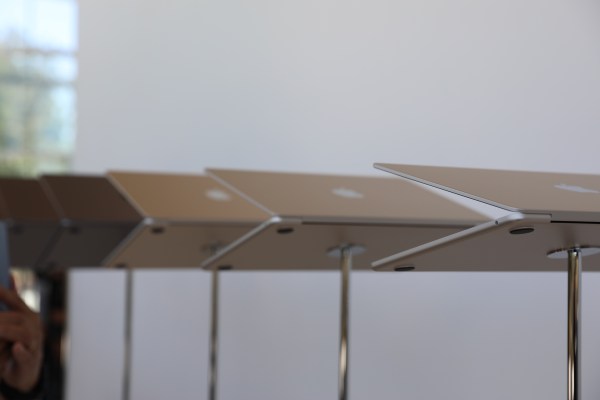 PC shipments plunged across the world in the third quarter with overall sales falling 18%, according to numbers compiled by Canalys. The only company with positive year-over-year growth was Apple with a modest 1.7% increase, according to Canalys.

All of the other major PC makers experienced business decline with most in double digit territory.

IDC had similar findings with numbers down worldwide over 15% with comparable losses for competitors, but there was a big difference in the Apple gain with IDC reporting Apple had a whopping 40% increase in shipments.

It’s hard to account for the differences in the Apple numbers between the two firms, as both IDC and Canalys appear to have similar methodologies for tracking this information. Below are the findings for both companies for Q3 2022: 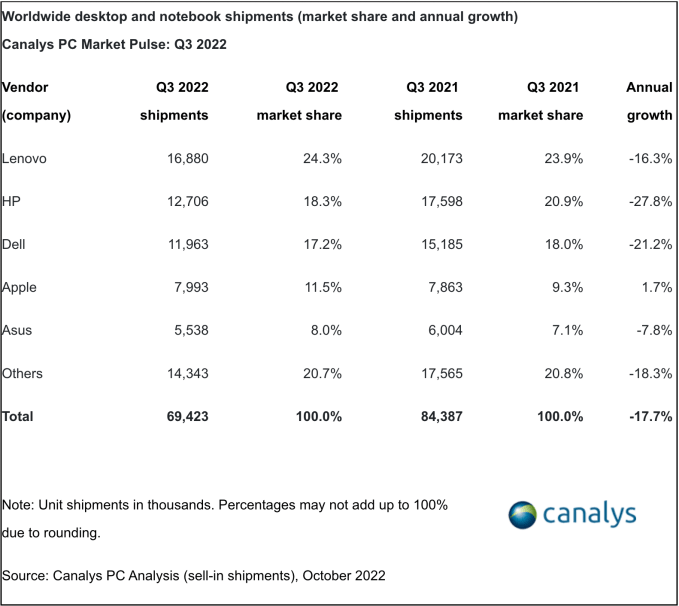 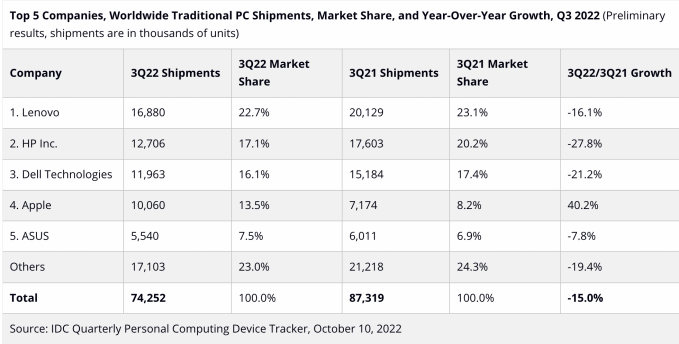 Regardless, the overall numbers appear to be due to an unstable global macroeconomic and geopolitical situation and softer demand from both education and IT. While supply chain issues appear to have eased somewhat, slow sales have led to stagnant inventory levels for many manufacturers.

Meanwhile Apple seems to be riding the wave of M1 and M2 sales as it continues to refresh the MacBook and MacBook Air with new chips custom built for their machines. IDC analyst Jitesh Ubrani says that easing of production in China and markdowns on older models could account for Apple’s positive quarter, and the numbers they reported.

“It’s tough to speak to [Canalys’s] numbers. From our perspective, Apple’s Q2 numbers were hurt by the lockdowns in China and as a result, production was increased in Q3. Additionally, there were also many promotions on M1 based products that helped drive volume,” he said.

Canalys reported similar findings, which makes the huge number discrepancy between the two companies’ findings even more surprising. “Apple enjoyed a better quarter than its competitors as it fulfilled orders from Q2 delayed due to supply disruptions in China and launched new M2 Macbooks. It sealed fourth place with 8.0 million units, a modest year-on-year increase of 2%,” Canalys reported in its release.

While it’s hard to account for the differences in the Apple numbers between the two firms, it’s clear that the PC market continues to be soft, and that the decline could continue for some time.