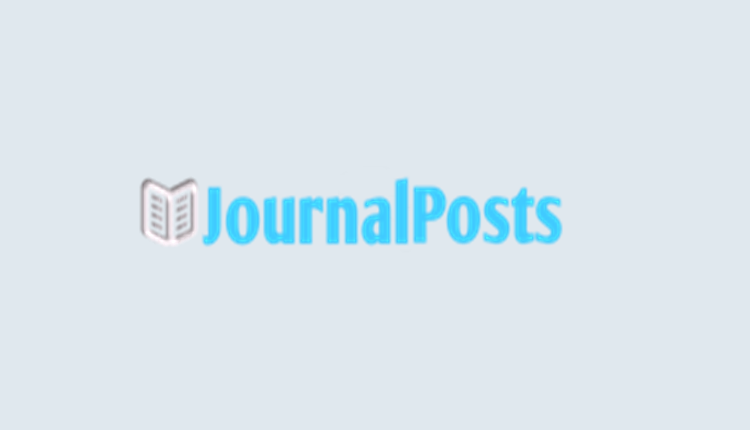 What would you say if someone told you that during his lifetime, George Washington was often compared to a famous Roman dictator? Furthermore, what if you were told this was considered high praise and was a comparison that Washington himself actually encouraged?

Washington was known as “the American Cincinnatus.”

The comparison between Washington and Cincinnatus demonstrates the deep influence the Roman Republic and the philosophy of classical Republicanism had on the American founders and old revolutionaries, and it hints at how specific insights they gleaned from history were incorporated into their understanding of “good government.”

Lucius Quinctius Cincinnatus was a Roman patrician, statesman, and military leader of the early Roman Republic. He was given dictatorial power to face a military threat by the Aequi. After winning the battle in just 15 days, Cincinnatus relinquished his power and returned to his farm.

There was something of a rediscovery of, or at least, a newfound appreciation for, the ancient Republics during the Enlightenment. This led to the incorporation of classical republicanism into the thinking of the founders through the influence of philosophers such as Machiavelli, Harrington, Pufendorf, Edward Coke, and especially Montesquieu.

As a result, the founders were steeped in classical thought, and this had a direct effect on their own thinking about the new nation.

For one thing, it inculcated in them a respect for the lessons of history. This is readily apparent in their writings and debates about how to construct the American Republic.

“I have but one lamp by which my feet are guided,” said Patrick Henry, “and that is the lamp of experience. I know of no way of judging of the future but by the past.”

The founders combed the annals of the ancients for examples of governments that worked well – and for those that did not. They knew, well before the philosopher George Santayana was born to say it — “those who cannot remember the past are condemned to repeat it.”

In fact, simply turning to the records kept of the Philadelphia Convention of 1787 and the subsequent state ratification debates leaves no doubt that pretty much everyone who engaged in those political debates knew and understood the history of those ancient republics. They had all read and digested Polybius, Aristotle, Cicero, Livy & Thucydides, and others. We also find direct references to ancient Greek leagues — Amphictyonic, Achaean, Aetolian, Lycian — formed to achieve political and physical security.

They used these ancient luminaries to frame and illustrate their ideas. The heated yet erudite debates fairly pullulate both with subtle classical allusions. You even find these references in newspaper articles such as the Federalist Papers, indicating Madison, Hamilton and Jay clearly assumed their readers would be tolerably familiar with them.

Classical republicanism developed in the Renaissance, inspired by the governmental forms and writings of classical antiquity, especially such classical writers as Aristotle, Polybius, and Cicero. The foundation of republican thought is built around concepts such as – civil society, civic virtue, and mixed government.

Liberty has had many different meanings over the course of the history of the term. However, from the Renaissance through the Enlightenment, it commonly appeared as an element in the intellectual tradition that scholars now term classical republicanism.

The classical republican tradition flourished throughout Europe from the 16th to the 18th centuries, and among its most notable exponents were Niccolò Machiavelli (who is one of the most unjustly demonized individuals in all of western history), Jean-Louis de Lolme, Algernon Sidney, James Harrington, and Jean Jacques Rousseau (who was one of the most unjustly respected monsters in western philosophical thought).

Classical republicans drew heavily on ancient models and authorities, but they matched these models with new concerns and examples drawn from the world around them to create a distinct ideology that can be recognized in various forms throughout the history of European political thought.

Liberty in the classical republican context must be distinguished from both its modern and ancient meanings; when reading texts of the early modern era, it is important to remember that liberty did not always mean what we may take it to mean today. Nonetheless, the liberty of the classical republicans is, in some ways, an ancestor of the modern libertarian tradition.

The Roman Republic perpetuated a sense of Libertas in their strict rule of annual elections. (This was one of the antifederalists’ biggest complaints about the proposed constitution. They even came up with a slogan during the ratification debates – “Where annual elections end, tyranny begins.” )

Roman Libertas was also predicated on the rule of law, and on the constitution by Lucius Junius Brutus instituted in 509 BC. This reflected a foundational belief that government was a joint effort between the Senate and the people of Rome. It’s also the origin of the insignia SPQR you see on flags and symbols from the Ancient Roman Republic. It stands for Senatus Populusque Romanus (the Senate and Roman people)

The essential and original meaning of libertas was related to a person’s status in the political community — as a free or “liber” person was a member of a political community. This naturally led to a broader understanding of the word that embraced the essential attributes of Roman citizenship. In other words, what it means to be a free Roman and not a slave. As a result, there was a close association between libertas and the Res Publica. Libertas embraced the rights that one could expect to exercise simply by virtue of being a Roman citizen.

Popular sovereignty and the rule of law were the first and fundamental attributes of Rome’s republican liberty, protected by the popular election and limited terms in office of Rome’s governing magistrates. This required the expulsion of the kings. Roman historian Titus Livius (Livy) described the first act of Rome’s new consuls as the imposition of an oath on the people that they would never tolerate a monarch again. The spirit of monarchy for Livy was the license (“licentia”) of the elite, while the essence of republican government was to give the people equal rights (“aequare ius”). Livy observed that republican laws should be blind and inexorable, while the justice of kings is subject to personal influence.

Despite its name, classical republicanism, in its reimagined form during the Enlightenment, did not oppose all monarchies. A “republic” was denoted for its adherents of what we might today call constitutional government, the rule of law, or simply good government.

Classical republicans did not emphasize or often write about the natural rights of individuals. But they overwhelmingly agreed that good government was exceedingly fragile and that the vicissitudes of history could sweep it away for no foreseeable reason. Classical republicans often invoked the medieval image of the Wheel of Fortune to describe this capricious historical change.

Moreover, the reinvigorated study of history that came with the Renaissance convinced them that polities often suffered good and bad turns of fortune. For example, Machiavelli’s most famous work, The Prince, was written to address the proper rule of a state whose republic had lately been overthrown and in which the key question was how best to save what could be preserved. No classical republican would view the collapse of a republic as surprising; for them, republics tended to do just that.

Even for the more notable founders, as well as the people of the several states who did not receive the same classical education, this knowledge was no less well known. This is exemplified in an interesting event that is said to have taken place in Valley Forge during the winter of 1776. To boost the morale of his men, Washington is said to have arranged a performance of Addison’s “Cato, a Tragedy.”

While the historical authenticity of this anecdote is unconfirmed, it conveys an important point all the same. It’s telling that despite the fact that most soldiers at the time came from the lower-class yeomanry, meaning they would not have received a classical education, it is still conceivable that Washington would put on such a performance.

The play was based on Plutarch’s history of Marcius Porcius Cato, a stoic philosopher and Roman Senator whose deeds and rhetoric in the last days of his life signified resistance to tyranny in the form of Julius Caesar. This made the historical Cato a classic figure of republicanism, virtue and liberty. Upon learning of Caesar’s final victory in the civil war, Cato chose to take his own life, believing it better to die in liberty than to live in tyranny

Despite their lack of formal education, it’s a sure bet that the soldiers who were there would have immediately understood Addison’s play.

But the ultimate synecdoche between the founders and the heroes of the Roman Republic has to be George Washington’s willingness to voluntarily give up ultimate power at a time when everybody expected him to hold on to it. This was significant because this made him only the second conquering general in all of western history to do such a thing. After winning a war everybody expected the commanding general to take over ultimate control of civil power. He would rule in peace after bringing about peace. But Washington voluntarily stepped away from power.

The first person to ever do this was a famous general from the Roman Republic, a man known to history as Cincinnatus.

This is why Washington had been frequently called the American Cincinnatus.

Whenever Rome came under an existential threat, the people would choose a single man to act as “dictator,” a term that had absolutely no negative connotation at the time. It referred to a person who was given unilateral control over the government and army for a set period of time — usually one year. While most past dictators tended to hang onto that absolute power, even after the existential threat they were empowered to overcome had been thoroughly defeated and the Republic could have returned to normalcy, Cincinnatus did not.

Cincinnatus was able to conquer the invading army threatening Rome in just 15 days. The Senate was so impressed with his ability to so effectively maintain peace and good order they implored him to retain his post as dictator until the end of the year when his commission was set to expire. Cincinnatus refused the offer, surrendered his commission to the Senate, and went back to his farm. Instead of maintaining power, he chose to live as a private citizen again without any celebration or fanfare and without being bestowed with titles and epilates.

This general knowledge of classical Republicanism, as it was embodied by the Roman Republic, as well as the enlightenment era philosophers whose work sprang up out of the classical Republicanism of antiquity, will be further articulated in more specific and meaningful ways when it comes to the debates that took place during the period the Constitution’s framing and ratification.