Ford replaced the squared-off LTD Crown Victoria with the more aerodynamic new Crown Victoria for the 1992 model year. The chassis under those flowing body lines remained the late-1970s-vintage Panther, but a good old body-on-frame design with coil springs all around and massive suspension components turned out to be just the ticket for law-enforcement use (especially when combined with the money-saving benefits of low aerodynamic drag, weight-reduction tricks, and a modern overhead-cam V8). Sure, some civilians bought the 1992-2011 Crown Victoria, but fleet sales of the P72 (taxi) and P71 (police) versions were what made this car such a sales success for two decades. Here’s a low-mile (relatively speaking) second-generation P71, found in a self-service yard just south of Denver. 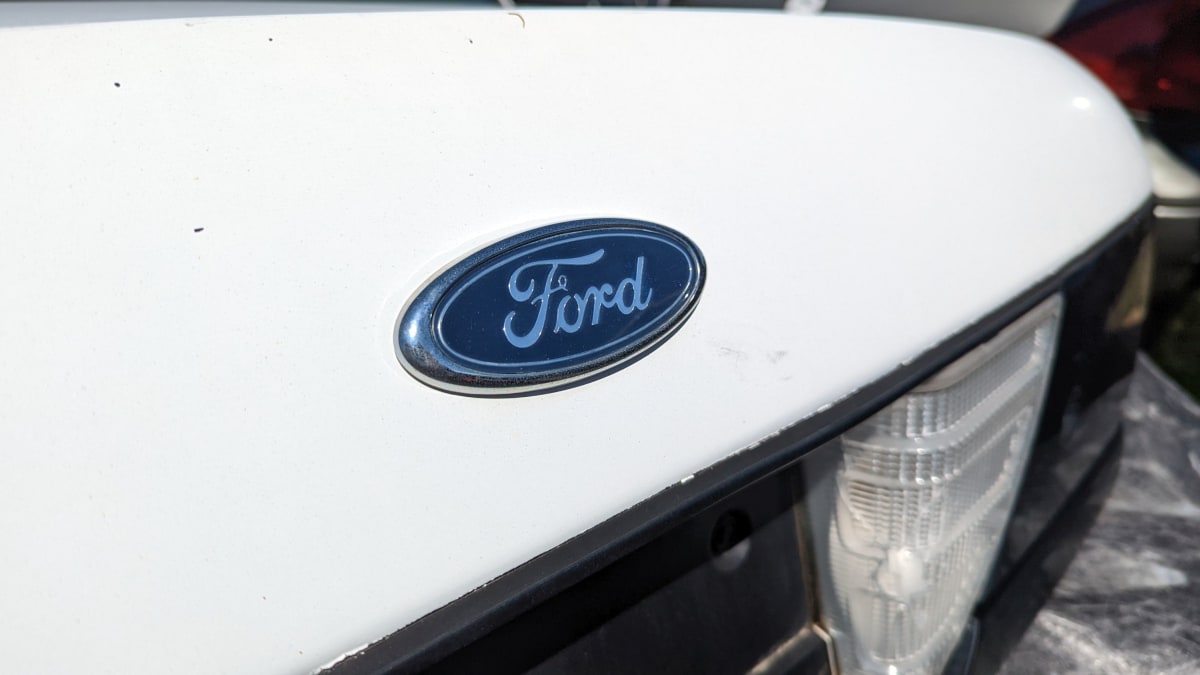 This car’s other siblings were the Mercury Grand Marquis and Lincoln Town Car; production of the Grand Marquis continued all the way to Mercury’s demise in the 2011 model year, while the Town Car got the axe the same year. Allegedly, some Crown Victorias were built in late 2011 for the 2012 model year and exported to Saudi Arabia; the final model year for North American Crown Victoria sales was 2011. 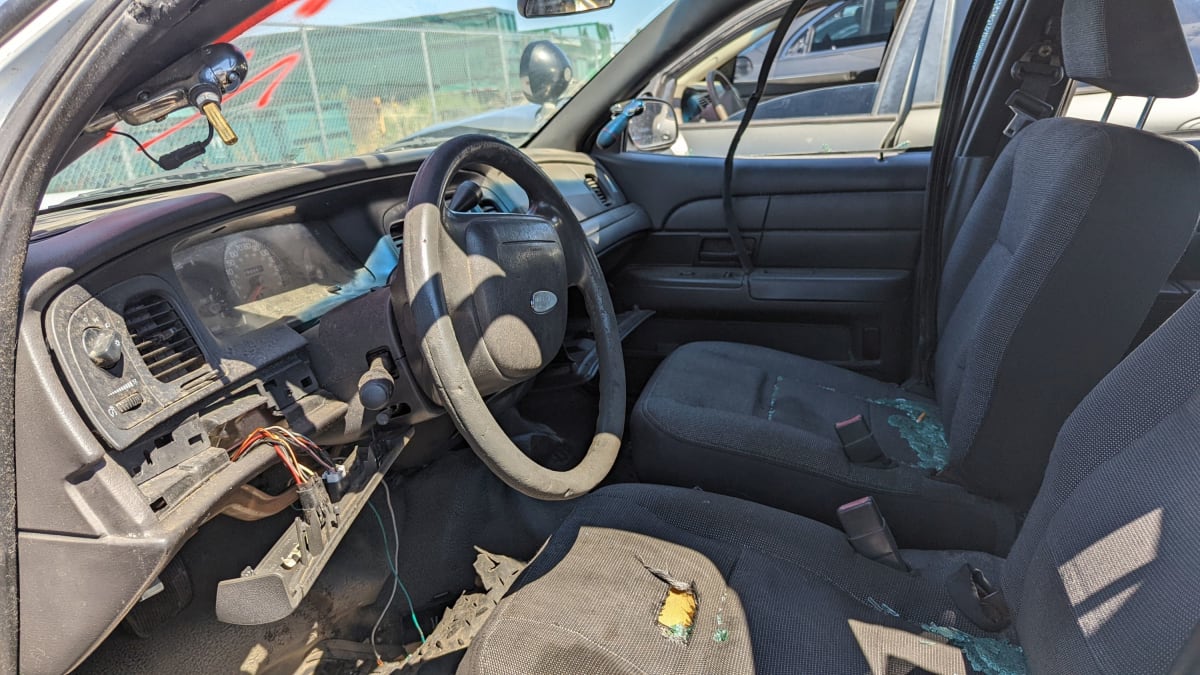 I had an ex-cop 1997 Police Interceptor as my daily driver for the second half of the 2000s. It had been a parole officer’s car in California’s Central Valley and wasn’t used for many arrests, so it had a lot of low-stress highway miles, no urine smell (though it did come with a bunch of unused urine-test kits in the trunk), and a non-black-and-white paint job. I liked that car a lot, with its painfully cold air conditioning, 25 mpg highway fuel economy, and flat handling. 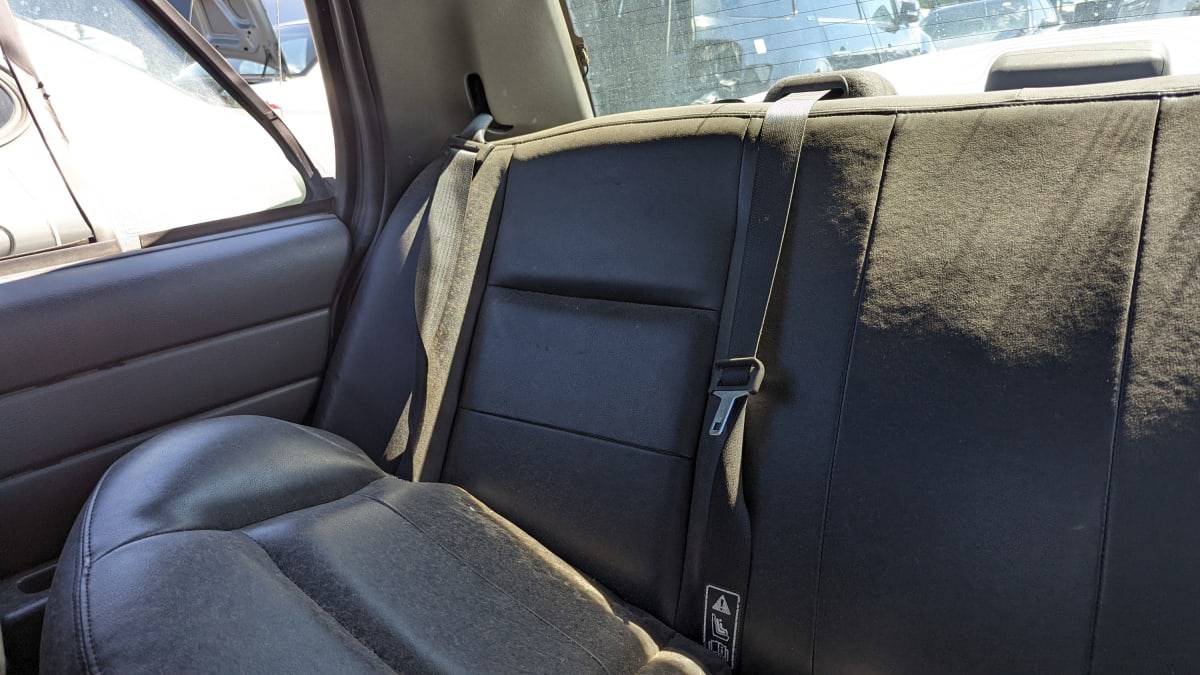 A lot of police P71s had the factory rear seats removed and replaced with pee-proof fiberglass units, with the original seats getting swapped back in when it came time to auction off the car. The nice condition of this seat suggests that’s what took place, though this car may have been a private-security patrol vehicle, into which few fluid-leaking perps were cuffed-and-stuffed. 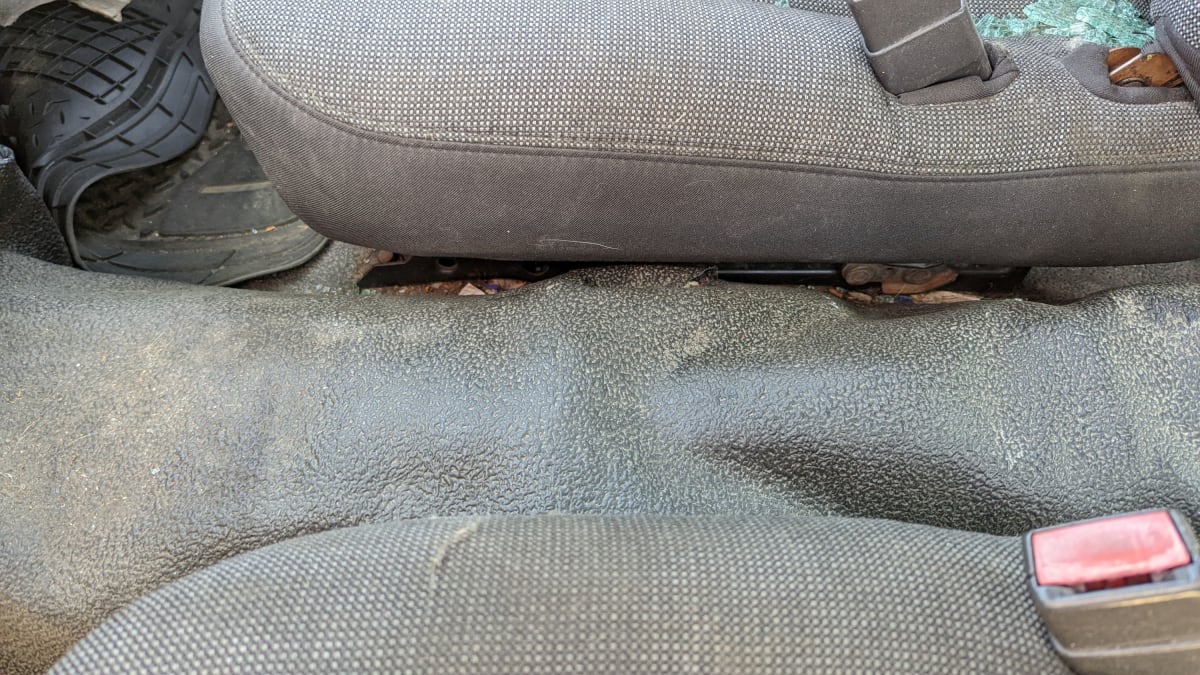 A very useful feature of the P71 was the thick rubberized carpeting, which formed something of a waterproof trough inside the car. If any objectionable substance ends up on the carpeting, you just hose it out. 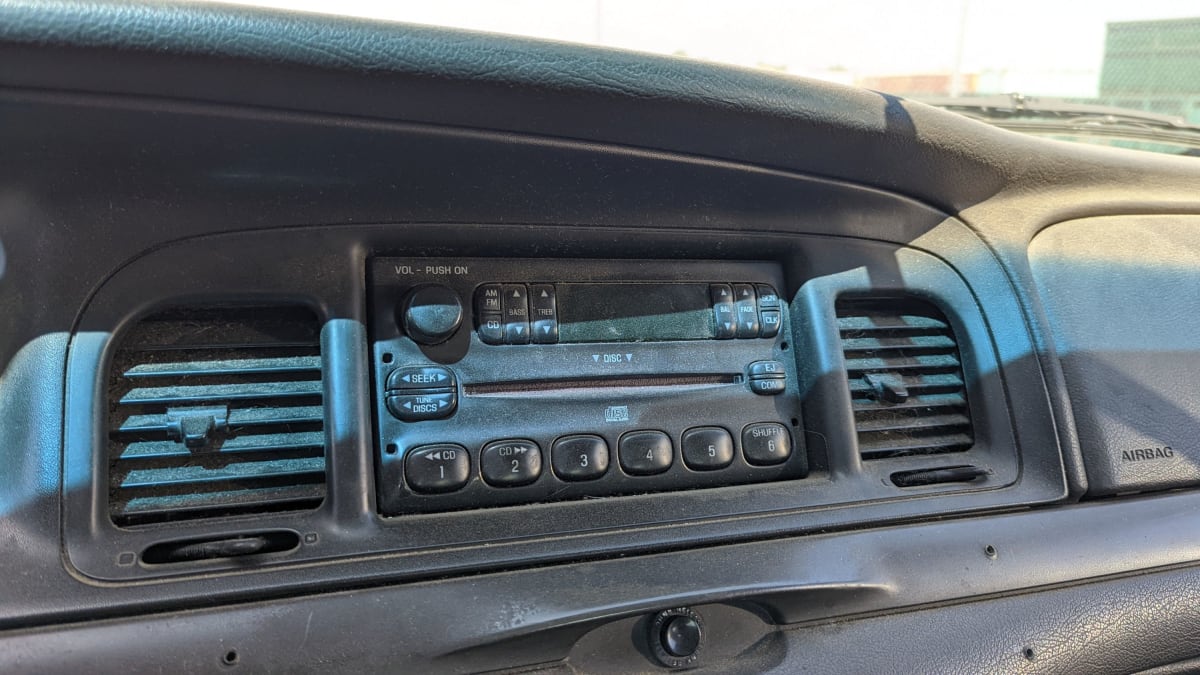 This one has the extra-luxurious CD player in the dash, something most police departments wouldn’t have been willing to pay extra to get. Perhaps someone swapped in this radio after the car got auctioned off by its initial fleet owner. 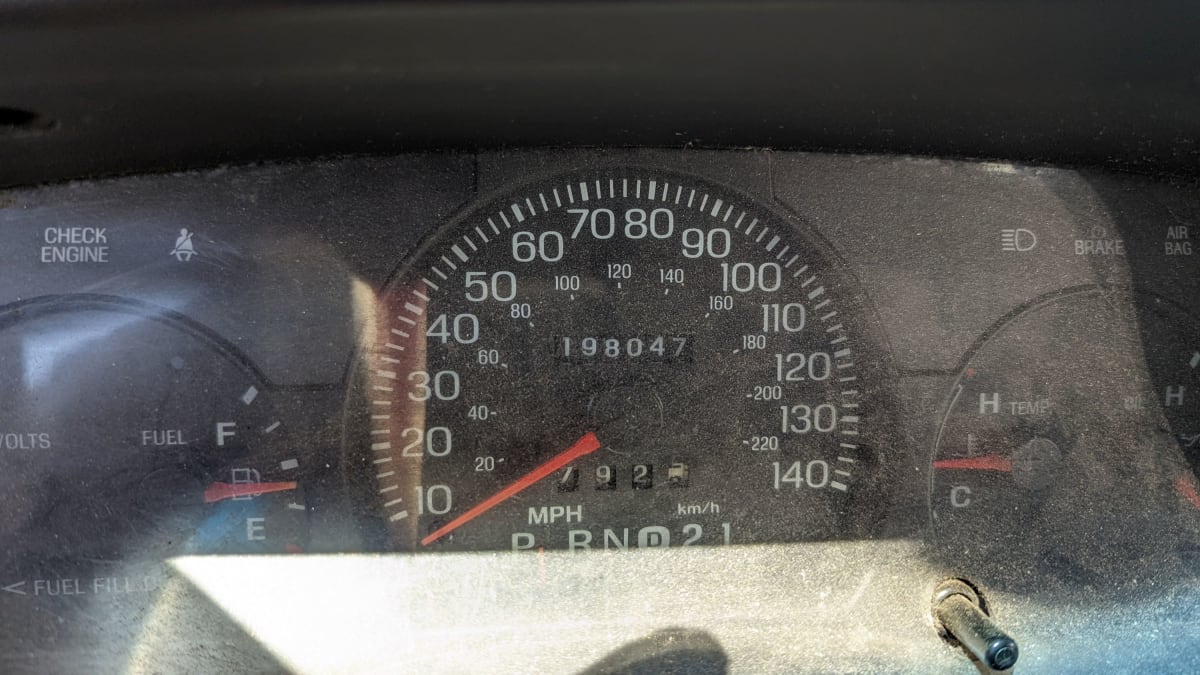 I hear that these cars are often found with intergalactic-grade odometer readings, but most of the ones I find in car graveyards have somewhere in the 150,000-250,000 range as their final mile count. The taxis usually have higher readings, especially the ones that started life in the law-enforcement business, but so far my personal junkyard record-holder had just 412,013 miles. I think the glut of ex-cop P71s meant that taxi companies found it was cheaper to just buy more 150k-mile P71s at auction than to fix up one with a worn-out suspension, bad rust, and/or trashed interior. 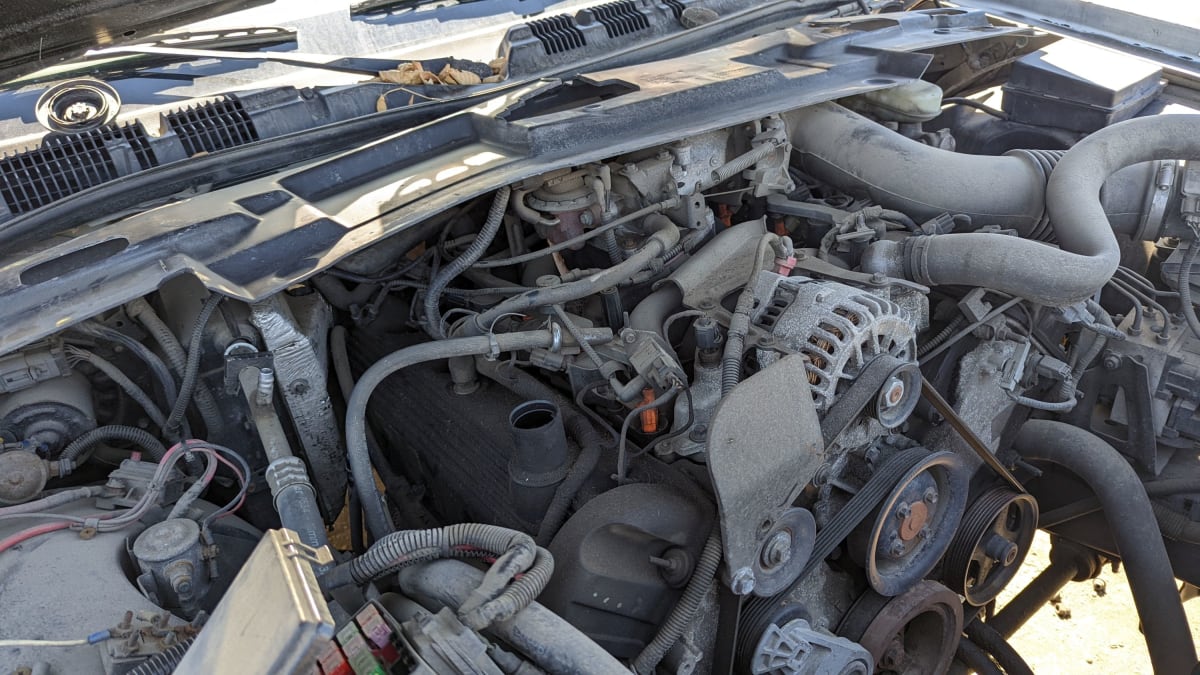 With all the talk of special cop equipment on ex-police cars, the P71 was never particularly quick in a straight line. In 2003, the 4.6 Modular V8 with dual exhaust made 239 horsepower; the Police Interceptor generally got this engine, which was available as an option on the civilian Crown Vics as well. The Police Interceptor suspension did offer a big performance upgrade over its civilian counterpart, with stiffer springs and fatter sway bars (the first time I rented a civilian Crown Vic after buying my P71, its ocean-liner-style suspension almost caused me to put it on its roof at the very first freeway offramp). The driveshaft on the Police Interceptor was a specially balanced aluminum component, so that the car wouldn’t shake itself to pieces on long-distance highway pursuits with the pedal glued to the floor, and every possible heavy-duty fluid cooler was included in the PI package. 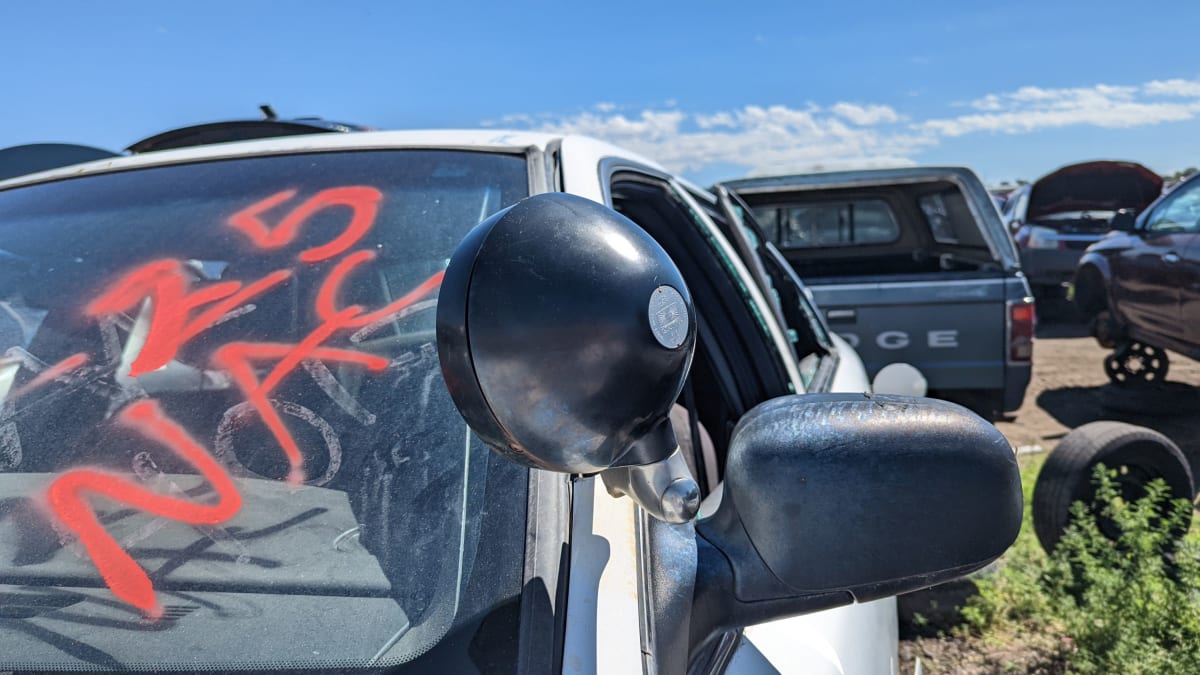 Nobody seems to buy these spotlights nowadays. When I was a teenage hoodlum haunting junkyards in the early 1980s, I was very excited to get a good deal on a genuine cop spotlight for my 1958 Beetle. 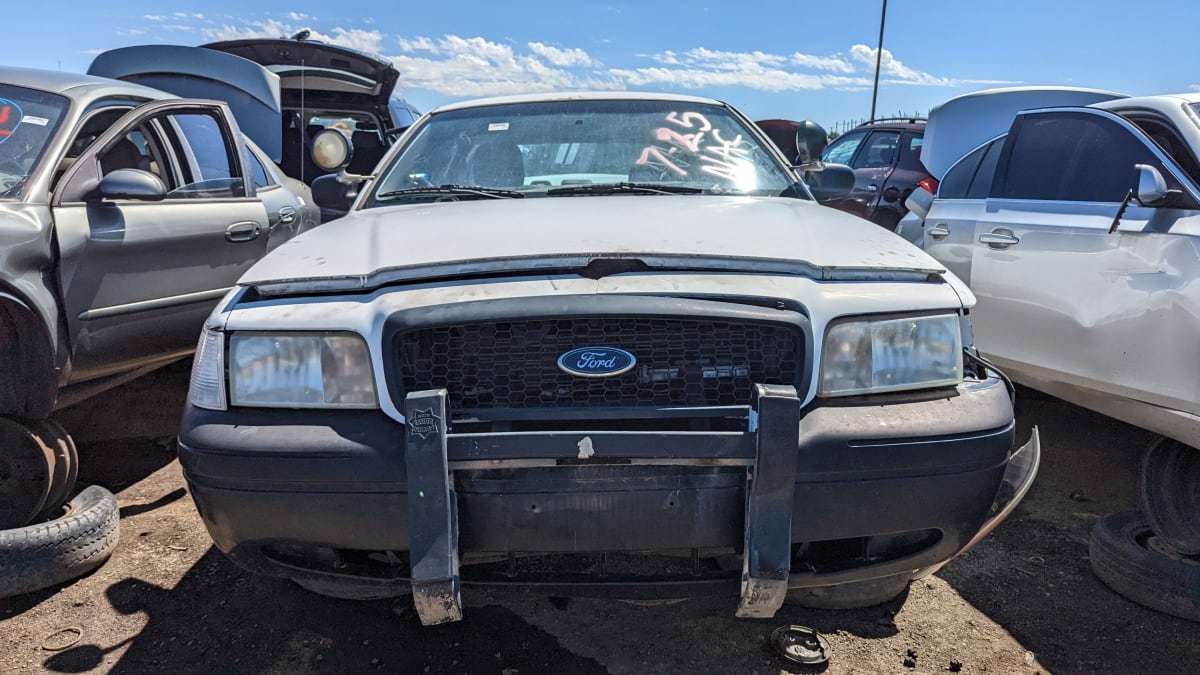 One place the P71 still plays a major role is low-budget road racing. During my years as an esteemed and respected official with the 24 Hours of Lemons series, I’ve seen at least a hundred P71s competing in weekend-long endurance races. They have proven to be very reliable, with predictable handling and respectable lap times. In fact, if I had to bet on an Acura Integra or BMW 3-Series versus a P71 to get the most laps, I’d put my money on the P71 (unless the Integra or 3-Series had already done enough races to work out the worst bugs). 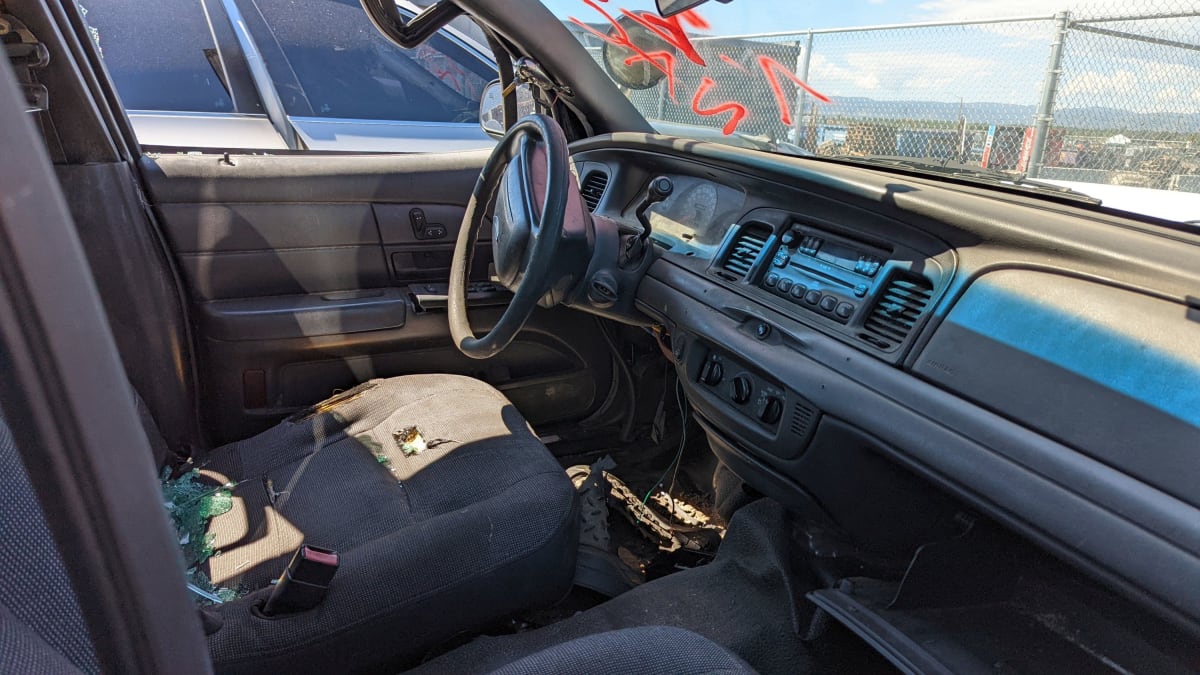 If you’re looking for a fun project car to make into something quicker and more luxurious, I’d recommend a 2000s P71 without any qualms. Just upgrade it to a Mustang six-speed manual, add a bolt-on supercharger kit, and then swap in a complete Town Car interior (which more or less bolts right into a Crown Victoria).

The most advanced police cars ever to wear the Badge of the Blue Oval.

Ford didn’t bother to do much television advertising for the post-1992 Crown Victoria, which made sense for a vehicle mostly bought by government agencies.