Insanity Wrap: The Fetterman Video That Could Destroy His Campaign

I have John Fetterman video that the mainstream media doesn’t want you to watch — plus, how they’re covering for him. Welcome to Insanity Wrap, an entire week’s worth of lefty nuttiness wrapped up in one easy-to-swallow medicated news capsule.

Before we get to today’s big story, here’s a short video to make you lose whatever little faith you might still have in humanity.

Middle school teacher at @NSLA244 says she kneeled for BLM in the classroom and changed the words in the pledge. She also taught her students to protest and become activists and suggests throwing bricks at people with opposing views. #TheSecretCurriculum pic.twitter.com/wJFirLN5ZN

My friend (and Townhall colleague) Kira Davis is running for her local school board in Orange County, CA to put a stop to this stuff.

What are you doing?

Here are the highlights. pic.twitter.com/8udMddHAcQ

Watch the Fetterman video — it isn’t long — and just keep reminding yourself that John Fetterman is a serious Senate contender.

Because the media is covering for this mentally addled commie.

Far be it from me to make fun of someone’s medical condition. Except for that time a couple weeks ago I put a Philips head drill bit deep into the meaty part of my hand. Everybody here at Villa Verde got a good laugh at my expense once I got the bleeding to stop and the pain to mostly subside.


But it’s no laughing matter when someone obviously mentally unfit to serve is just a few weeks away from winning the White House.

Er, I meant to say, “Just a few weeks away from winning a seat in the United States Senate.”

It’s probably safe to assume that if you’re a fan of conservative sites like PJ Media, it isn’t news to you about Fetterman’s stroke, his lengthy hospital stay, that weird growth on his neck, and that it’s a near-miracle when he speaks two sentences in a row without dropping at least a third of the words.

But I must tell you: It’s news to the rest of the world, even to the Pennsylvania voters who seem set to send him to DC.

To understand how that’s even possible, watch below how local station CBS Philadelphia KDKA reported on the same rally you saw in the clip above:

The two — two! — times they actually showed Fetterman speaking, they cut away quick. KDKA showed Fetterman giving his cheesy, well-rehearsed opening line. Then at the end of the report, they showed him once more, but quickly cut off the audio when he skipped a word or two.

Some say “carefully selecting.” Others might say “deceptively editing.”

You make the call.

More importantly, share this column. Share that video. Help us get the word out that there’s a man about to become a senator who ought to be in some kind of rehab.

Before We Continue, Here’s a Short Video to Restore Your Faith in Everything…

During the construction of an irrigation canal, an upstream contractor reported that a dog had been swept away. A brave unnamed construction worker who rides and successfully rescues👏👏👏 pic.twitter.com/pizrtjdbcc

People amaze me almost as often as dogs do.

How’s That Clean Energy Workin’ Out for Ya?

How U.S. ethanol plants are allowed to pollute more than oil refineries

Maybe you already suspected as much:

The nation’s ethanol plants produce more than double the climate-damaging pollution, per gallon of fuel production capacity, than the nation’s oil refineries, according to a JP analysis of federal data.

You don’t need to read Insanity Wrap to know that if you want to save the planet, use oil.

Quote(s) of the Week 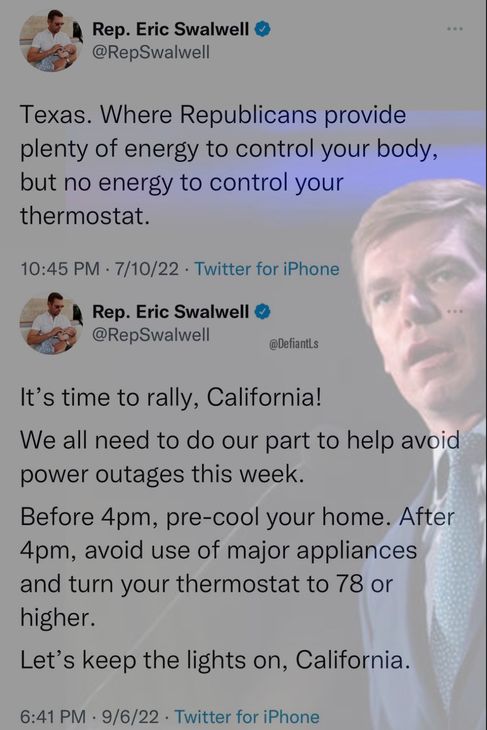 Life moves pretty fast. If you don’t stop and look around once in a while, you could miss totally, publicly contradicting and humiliating yourself.

And Now For a Brief Moment of Sanity


The hardcore Left has been hard at work in recent years trying to normalize pedophilia.

I guess somewhere between Joseph Stalin and letting monsters out of prison, they ran out of nasty stuff to inflict on the rest of us.

But normal people are fighting back:

A Texas teacher has been placed on administrative leave and is facing termination after she reportedly told students to refer to pedophiles as “minor-attracted persons.” The incident was captured on video and shared on social media, the school district said.

Amber Parker, an English teacher at the Franklin High School in El Paso, Texas, was caught on video commanding her students to refer to pedophiles as “MAPs,” or “minor-attracted persons,” and even scolded one of her students not to “judge people just because they want to have sex with a five-year-old.”

No, that’s just cause.

Inflation-adjusted earnings have been negative during 90% of Biden’s presidency.

Real earnings are now down for 17 consecutive months: the longest stretch on record, surpassing the global financial crisis. pic.twitter.com/n6xDRjxUBR

Remember when we used to joke that for Presidentish Joe Biden, Jimmy Carter was the best-case scenario?

So there’s a new joke. At the White House today, Biden and various other brain-damaged and/or tone-deaf Democrats will actually celebrate their Inflation Reduction Act.

Yeah, I’m not laughing anymore — you?

If you enjoy Insanity Wrap, Stephen Kruiser’s Morning Briefing, and headline news from PJ’s growing stable of writers, you’ll love our exclusive content — like video podcasts and live chats with your favorite PJ personalities — available just to our VIP members.

You can become a supporter right here with a 25% discount if you use the INSANITYWRAP promo code. We’d love to have you on board. 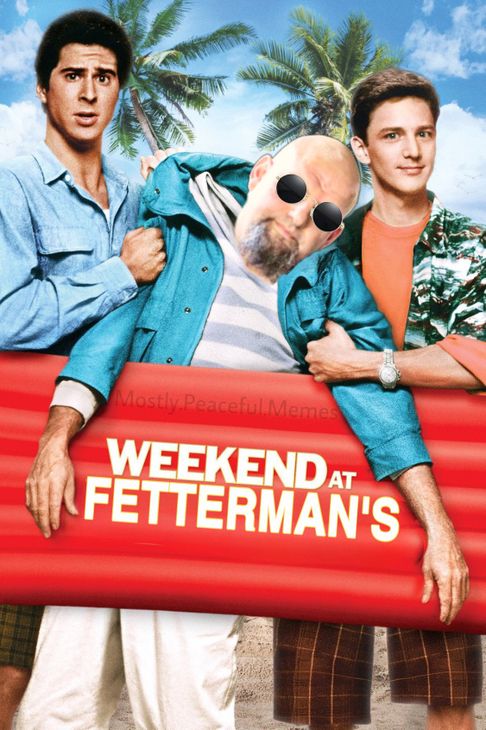 I know Oz was kind of a weird choice, but I still can’t believe he’s losing to this guy.

Oz will turn it around, right?

That’s a Wrap for this week.

Come back next week for another Insanity Wrap…

…assuming we make it that long.