Indian Motorcycles releases a pair of limited-edition baggers for 2022 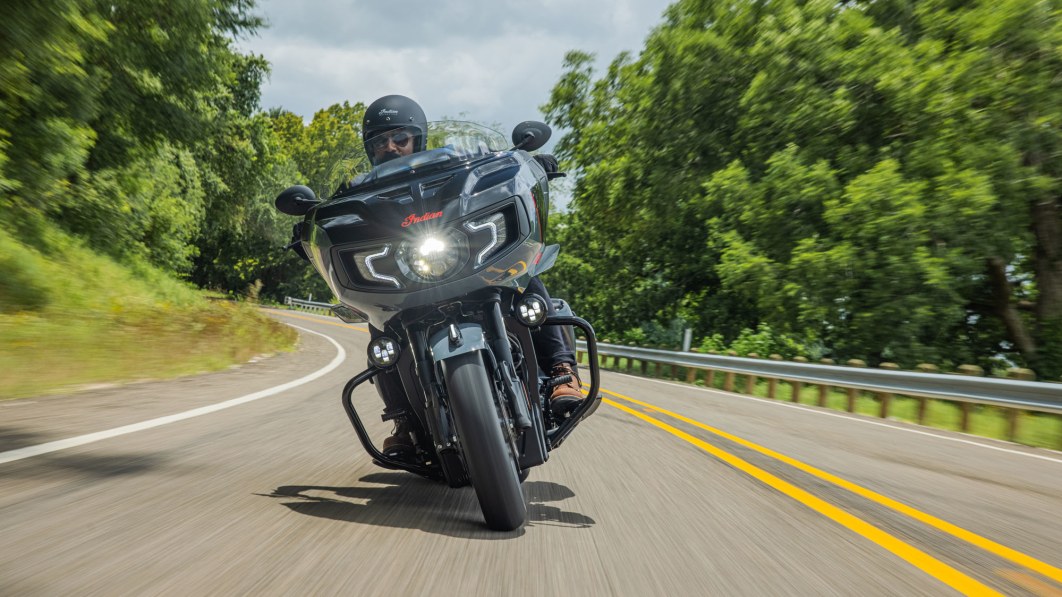 Like many of its peers and rivals, Indian Motorcycles is releasing custom-inspired models to lure buyers who would normally turn to the aftermarket. It launched a pair of limited-edition baggers for 2022 that feature a head-turning look and a long list of standard equipment.

Based on the Challenger and the Chieftain, respectively, the two bikes fall into Indian’s Elite range of models. The Challenger is limited to 200 units globally, and it shares more than a name with Dodge’s mighty muscle car. The company notes that the design is muscle-car-inspired as well. It’s characterized by a Stealth Gray and Black Metallic paint job with Indy Red accents, and it also gains specific emblems as well as red stitching on the seat. Most of the trim is black; this is not for riders who want a stereotypical bagger with yards of chrome.

Indian didn’t make mechanical modifications to the Challenger Elite, so power comes from a water-cooled, 1.8-liter V-twin rated at 122 horsepower and 131 pound-feet of torque. This is a relatively big and heavy bike, but these figures ensure it’s ready for the open road.

Chieftain Elite production is capped at 150 examples globally. Indian added Heavy Metal Smoke paint contrasted by several bronze-colored accents (including some on the engine), and most of the trim is finished in black. In contrast, the standard Chieftain features a bright fork, a bright exhaust system, and bright emblems on the fuel tank. The finishing touch is a set of 10-spoke wheels with a machined finish.

The equipment list reads almost like a car’s: The Chieftain gets an adaptive LED headlight, an adjustable windscreen, and the same sound and infotainment systems as the Challenger. It also benefits from remote-locking saddle bags that add about 2.4 cubic feet of storage space.

Power is provided by the most powerful air-cooled engine that Indian Motorcycles has ever built. Called Thunderstroke 116, it’s a 1.8-liter, 49-degree V-twin that develops 126 pound-feet of torque at 2,900 rpm. The engine’s horsepower output hasn’t been released, however.

On sale now, and scheduled to reach dealers across the nation in the coming weeks, the Challenger Elite and the Chieftain Elite are priced at $34,999 and $32,999, respectively. For context, Indian charges $24,999 for the entry-level Challenger and $22,499 for the Chieftain.