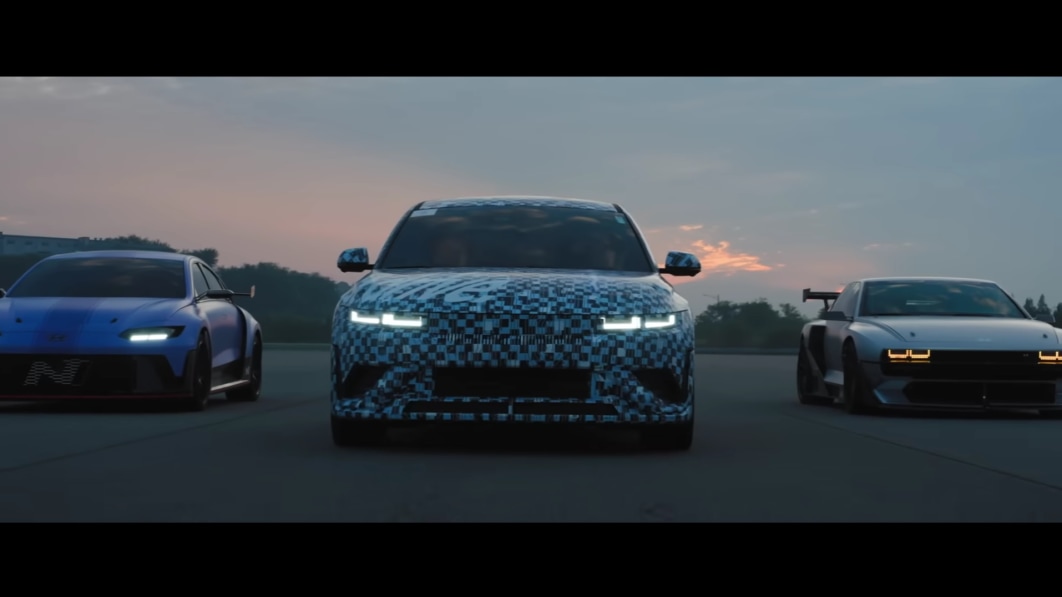 Hyundai is preparing to release a quicker version of the electric Ioniq 5 developed by its high-performance N division. The hatchback likely won’t make its official debut until 2023, but a promotional video gives us a better idea of what to expect from it.

Embedded above, the eight-minute video sheds light on how Hyundai plans to make electrified performance cars; the RN22e and N Vision 74 concepts both play a prominent role in the flick. The hot-rodded Ioniq 5 appears at the very end, and it’s wearing less camouflage than in previous spy shots. We can tell that it features a specific front bumper with redesigned intakes below the headlights and a wide air dam.

The video stops short of providing technical details. Like the standard Ioniq 5, the N will ride on the same Electric-Global Modular Platform (E-GMP) architecture found under the Ioniq 6 and the Kia EV6. We expect that power will come from an evolution of the EV6 GT’s dual-motor drivetrain, which is rated at 577 horsepower and 546 pound-feet of torque. It should get a limited-slip rear differential as well.

It will be interesting to see how Hyundai keeps the 5 N’s weight in check. While the regular 5 isn’t a giant car, it’s far bigger and heavier than, say, a Veloster. We’re guessing it will be fairly quick, however: In its most powerful configuration, meaning with two electric motors (one per axle) rated at a total of 320 horsepower and 446 pound-feet of torque, the non-N-tuned 5 reaches 60 mph in approximately 5 seconds.

Hyundai added that the Ioniq 5 N is “coming soon,” and we expect it will break cover before the end of 2023.