Honda’s stylish electric bikes are based on classic motorcycle designs 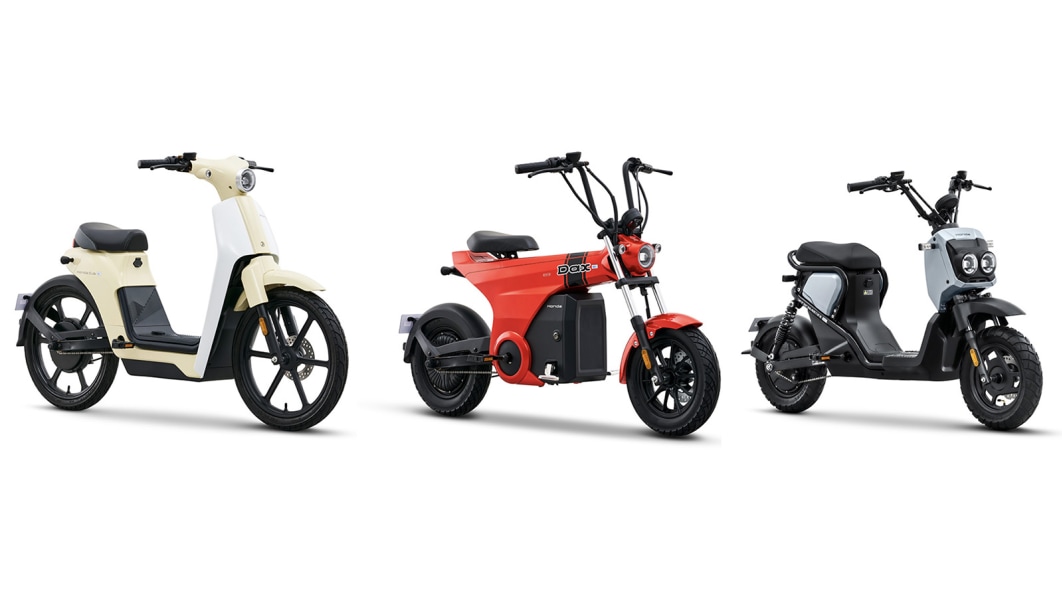 It’s no secret we at Autoblog also love electric bikes. They’re a great way to commute in dense urban areas without the need to find and pay for parking. If there’s a downside, it’s that they usually look pretty boring. Honda, however, has just released a new series of e-bikes based on some of its most popular motorcycle designs.

The Honda Cub e:, Dax e:, and Zoomer e: are named after their gasoline-powered inspirations. For now, they’re going to be sold only in China, where electric bicycles are big business. They’re limited to a maximum speed of 25 kph (15.5 mph), while a more powerful class of vehicle called an electric moped is limited to 25 to 51 kph (32 mph) top speeds. Honda says the lithium battery of the Cub e: has a 40-mile range and can be charged/discharged 2,000 times, and the bike is equipped with disc brakes.

The Cub e: takes its design from the iconic Honda Super Cub. The original debuted in 1958 and was responsible for Honda’s early success in U.S. The same basic design is still in production and over 100 million have been sold around the world since. As an e-bike, a lithium battery provides a 40-mile range and can be charged/discharged 2,000 times, according to Honda. It’s also equipped with disc brakes. Retail price comes in at the RMB equivalent of $885.

The Dax e: is based off the 1969 Honda Dax. The original was engineered for riding on off-road trails and its unique pressed steel frame doubled as its fuel tank. There’s no need for gasoline with the Dax e: but its T-shaped frame remains as a key component of its design. It boasts a slightly longer range of 50 miles, but costs the same $885 as the Cub e:.

Last but not least is the Zoomer e:, which is based off the popular Zoomer introduced in 2002. Zoomer is the overseas name for the Ruckus, and enjoys a massive following in the customization community. The pipe frame structure is carried over, and Honda seems to be positioning it to welcome third-party aftermarket accessories. It has the longest range of the three at 56 miles, but costs a bit more with a sticker of $900.

Honda says the somewhat ponderous “e:” suffix is a naming convention for a new line of electric vehicles. What those are we don’t know yet. The company says its goal is to make all its two-wheeled products carbon-neutral by 2040.