Good Sex with Emily Jamea: Why Do People Cheat? 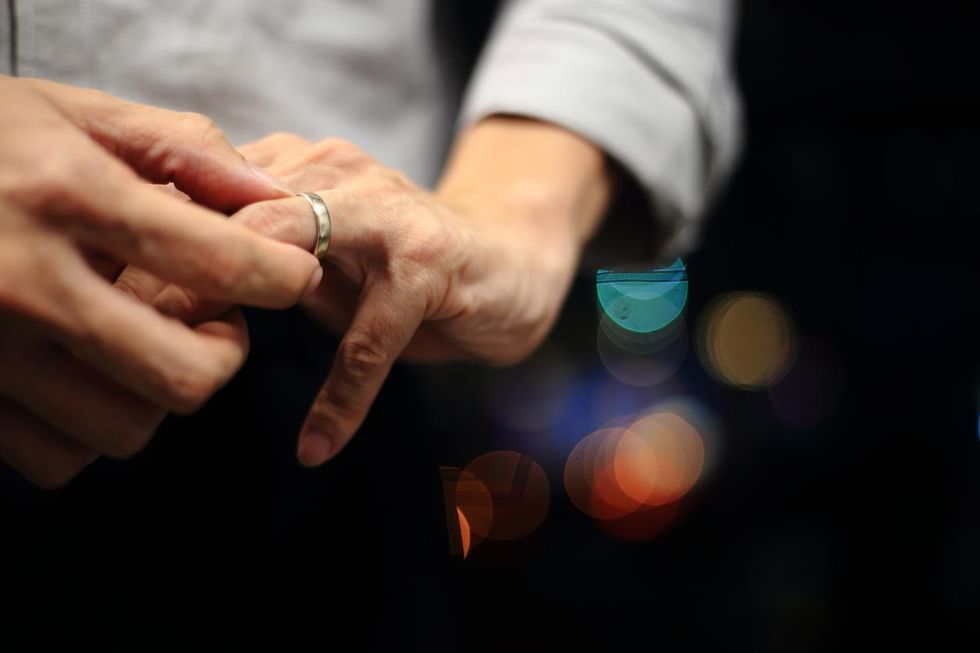 Emily Jamea, Ph.D., is a sex therapist, author and podcast host. You can find her here each month to share her latest thoughts about sex.

Media outlets have been buzzing about the recent allegations that Adam Levine cheated on his pregnant wife. It’s a story that would make just about anybody cringe. How can someone cheat at all, let alone during a time when they’re supposed to be more devoted and attentive to you than ever?

It’s easy to assume that anyone who cheats is a jerk. People are quick to say it’s unforgivable, and they can’t fathom the idea of working things out after such a betrayal. But like it or not, infidelity is often more complex than we’d like to admit, and walking away is often harder than people think it will be. Having a sense of some of the conditions that put relationships at risk for infidelity can help prevent yours from becoming another tabloid (or neighborhood) headline.

First and foremost, I want to be clear that infidelity is a trauma. In fact, people who have been cheated on often exhibit the very same symptoms of PTSD that people experience after more obvious traumas like car accidents — anxiety, insomnia, flashbacks, hypervigilance and uncontrollable thoughts about the event. It’s terrible. In the psychology world, we refer to infidelity as relational trauma. We often assume that we have secure attachments to our romantic partners. Evidence of a secure attachment is feeling like you can confide in your partner, trust them, and believe in their love for you. Secure attachments make us feel both grounded and free. When someone cheats, it throws everything we thought was true about our relationship out the window.

When I’m treating couples through infidelity recovery, the first thing I do is help them through the crisis. We establish boundaries and discuss what needs to happen in the immediate future to restore a sense of safety (restoring trust comes much later). I also do trauma work with the partner who’s been betrayed.

Once a couple feels like the dust has settled to a reasonable extent, we can begin the next phase of therapy — insight. This is the part that people don’t like when I discuss infidelity. Why? Because part of insight is understanding what role the betrayed partner may have had setting up conditions that led someone to cheat.

I want to preface this by saying that at the end of the day, the decision to cheat belongs only to the person who does it. Furthermore, what I am about to say does not excuse cheating, nor does it blame the betrayed partner. What it does do is help both people understand where some of the weak points were in their relationship, so they can mend them and have a stronger bond moving forward.

Without having any idea about what was really going on behind the closed doors of Adam Levine’s relationship, we can only use his story to guess why he may have stepped out on his pregnant partner. My hope is that this will help you learn some of the psychology behind cheating and give you some idea of whether weak points exist in your own relationship.

1. A loss of emotional attentiveness. Emotional attentiveness is an important part of relationship health. Everyone wants to feel seen by their beloved. However, when one person begins to overly focus on something else — the kids, work or an outside hobby, the other partner can feel emotionally neglected. There will inevitably be times in most people’s relationships when their romantic partner isn’t their number one priority, but it’s important to acknowledge it. Saying something along the lines of, “I know I’ve been totally consumed with (fill in the blank). I want you to know that you’re equally important to me, and I haven’t forgotten about you. Let’s plan on reconnecting (fill in the date).” Acknowledging the emotional distance can go a long way in preventing your partner from seeking comfort elsewhere.

2. Sexual disconnect. Countless studies show a strong link between sexual satisfaction and relationship satisfaction. Feeling sexually neglected is one of the most common reasons for cheating in relationships. I’m a big proponent of the importance of adaptability in sex. What does this mean? If something you’re used to doing is off the table, find something else to fill the gap. It’s common for women to lose interest through pregnancy, and especially in the postpartum period, but this doesn’t mean that everything sexual is lost. Can’t have sex because you’re recovering from surgery or illness? Spend time snuggling or taking a shower together to help maintain an erotic charge, even if that’s as far as it goes.

3. Opportunity. Opportunity is one of the most common reasons people cheat. I think this is why we see it happening so frequently among celebrities, especially ones like Adam Levine. Sometimes there is nothing “wrong” in the relationship, but people find themselves with the opportunity to be with someone else. One thing leads to another, and the rest of history.

4. Personal neglect. It’s not uncommon to lose parts of ourselves in our romantic relationships. Maybe you used to love long motorcycle rides in the countryside and now you’re spending your spare time remodeling the kitchen. It could be that on a conscious or unconscious level, you meet someone who reminds you of the part you’ve neglected. Eager to rediscover that part of yourself, you enter into a relationship that makes you feel fully alive again.

5. Sociopathy. Cheating can be a symptom of a deeper psychological issue like narcissism or antisocial personality disorder. If you’re in a relationship with someone who belittles you, gaslights you or is otherwise emotionally or physically abusive, infidelity may be just another act of relational betrayal.

Whether you leave the insight phase of therapy with newfound hope for your relationship or assurance that it’s over, understanding what dynamics may have been at play can help you heal and move forward.

Cause And Effect – JP

Why ‘Yes’ Is the Most Powerful Word | Men’s Journal