Epilepsy Across a Woman’s Lifespan 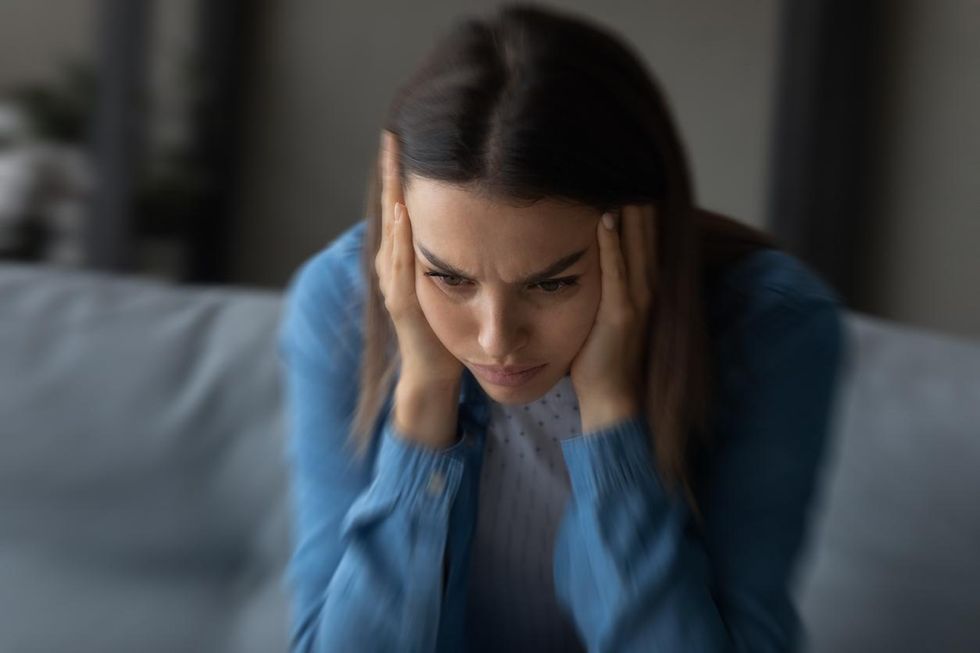 Dawn Gosselin was 16 years old when she had her first seizure. “I was at a rest area in New Jersey, heading home from Washington, D.C., with my high school band,” she said. At the time, she chalked it up to a combination of being up late with her friends and being busy, but it was more serious than that. She had epilepsy. No one in Gosselin’s family had epilepsy, as far as she knew, so she had no experience with the condition.

Epilepsy is a brain disorder that causes seizures. It affects more than 3 million people in the United States. Seizures can affect the whole body or just a part of it, and they can last just a few seconds to a few minutes.

There can be many causes of seizures. They can be triggered by alcohol withdrawal, high fevers and head injuries, to name a few. But epilepsy seizures have no known cause. According to Alison M. Pack, M.D., a professor of neurology at Columbia University Irving Medical Center, an epilepsy diagnosis can be made after someone has two unprovoked seizures. Or, if after one seizure, brain magnetic resonance imaging (MRI) or electroencephalogram (EEG) testing shows there is a six in 10 or higher chance that you will have another seizure.

Epilepsy, as a whole, affects males and females equally, but there are some specific epilepsy syndromes that more commonly occur in females. One, absence seizures, cause brief losses of consciousness that look like vacant stares. Another is photosensitive epilepsy, where seizures are triggered by flashing or flickering lights. Gosselin has both. The other, more common, one is related to the female hormones that rise and fall throughout the month, estrogen and progesterone. Estrogen can cause seizures, and progesterone can work against them. When the seizures are related to menstruation, this is called catamenial epilepsy.

It’s not unusual for teen girls to start having epilepsy seizures around the time they start menstruating, she added. Gosselin’s daughter, who also has epilepsy, falls into this category. “She was 12 when she had her first seizure, five months before her first period,” Gosselin said.

Fertile women with epilepsy should use an effective form of birth control. “That was one of the main rules I grew up with,” said Gosselin. “You can’t have any unplanned pregnancies.” Pregnancy isn’t ruled out but should be planned so mothers-to-be can take medications that control their seizures but are still safe for the baby.

Oral contraceptive pills are one of the most popular forms of birth control in the United States. But, they are not usually a good option for women with epilepsy. These pills contain estrogen and progestin (a human-made form of progesterone), or progestin alone. And, according to Pack, many epilepsy medications produce a liver enzyme that can lower the effectiveness of oral contraceptives.

Pack believes that the best contraceptive for women with epilepsy is the IUD, an intrauterine device. “This is something that’s commonly used in the rest of the world and is gaining traction or acceptability in the United States,” Pack said. “IUDs are a very good form of contraception. You’re still ovulating, and if it gets removed, you can get pregnant. You don’t have some of the issues [related to stopping the pill].”

There are two types of IUDs — with and without hormones. The hormonal IUD releases progestin, but Pack and a colleague ran a study that looked at how the hormonal IUDs worked with her patients. “We didn’t see that there was any effect on seizures or on drug levels in that study,” she said.

Most women with epilepsy havesuccessful pregnancies, particularly if they are planned. Up to three in 10 are at higher risk for more seizures, especially in the first and last trimesters. But most women who are seizure-free for nine months before their pregnancy generally stay seizure-free while pregnant.

That being said, pregnant women with epilepsy still need to be watched closely by their neurologists. “When I see an individual who’s planning a pregnancy or is pregnant, we talk about various factors or components of medications,” Pack said. “One is, are your seizures going to be controlled? And the second is, what is the impact on the developing fetus?”

Having a grand mal seizure while pregnant can be harmful to both mother and baby, but the medications to prevent the seizures, overall, are fairly safe. Blood levels that monitor how much medication is present in the blood need to be checked regularly, so medication doses can then be adjusted as needed.

“My seizures were pretty well-controlled during my two pregnancies. I have a son, who is 20 and a daughter, 16,” Gosselin said. “But, full disclosure, the medication that I was on when I was pregnant, they don’t recommend today [during pregnancy].”

Many, but not all, women with epilepsy experience changes in their seizures when they enter menopause. Some women whose seizure patterns change during menopause have worse or more frequent seizures, but others have fewer. Women who have catamenial epilepsy often have more seizures while in perimenopause but then fewer once in menopause.

Women with epilepsy have a higher rate of some reproductive disorders, such as:

The exact reason is not yet known, but it is likely related to the fact that epilepsy and anti-seizure medications can affect sex hormones as well as fertility. They can also increase the risk of developing PCO and PCOS, especially if the medications include an ingredient called sodium valproate.

Learning to live with epilepsy

“You are your own advocate. Don’t be afraid to educate yourself and others,” Gosselin said. “It might not just help you but will help the next person who needs it.”

How Much Alcohol Is Too Much?