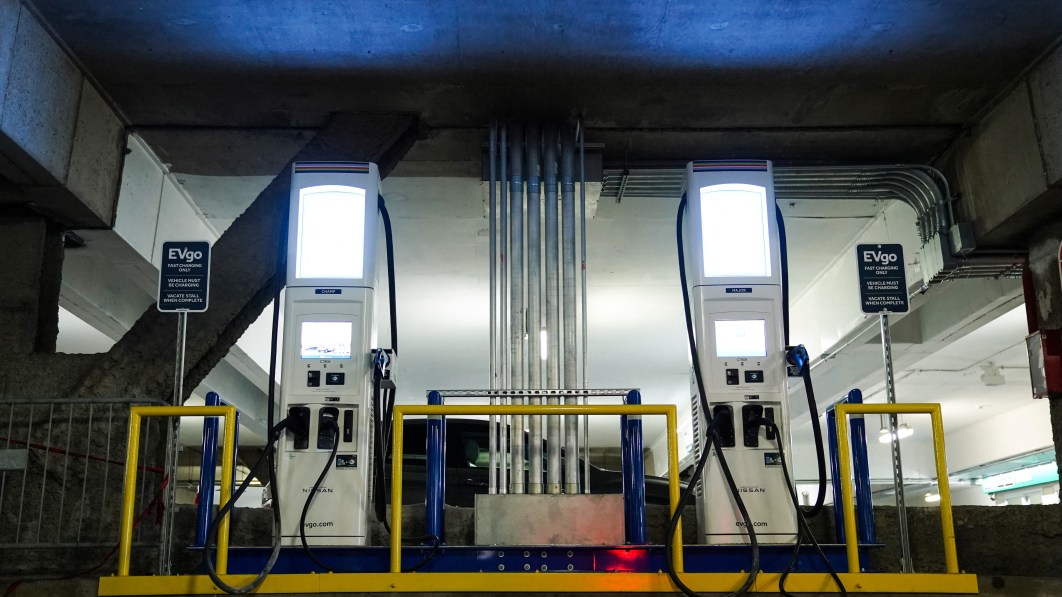 The electric vehicle revolution will be subsidized.

China has been at it for more than a decade, incentivizing purchases, backing homegrown battery makers and blocking foreign firms from competing. Europe has followed suit with generous aid both for consumers and companies.

Now that electrification has taken root globally, and there’s a climate change believer in the White House, the U.S. has jumped into the fray in a bigger way than ever before. First, there was the $7 billion tucked into the infrastructure bill last year. Then, hundreds of millions made available by invoking the Defense Production Act. And now, the mother of them all, the Inflation Reduction Act, which extends generous tax credits to buy, build and charge EVs, and localize the battery supply chain to power them.

All this global competition gets a lot of attention, but there’s another subsidy battle raging within America’s shores: a cutthroat fight among states to land EV and battery investments.

There were lots of headlines following Ford’s announcement a year ago that it would invest $11.4 billion in Tennessee and Kentucky to build two new EV hubs, the largest outlay in its history. General Motors also set a company record with its $6.5 billion investment in Michigan early this year.

What often ends up in the finer print of stories about these developments — if it gets mentioned at all — are the tabs that taxpayers pick up. States rarely disclose the amounts in full, instead dribbling them out over months in bits and pieces, or in response to public information requests. Even then, calculating a full package is like putting together a jigsaw puzzle.

Bloomberg dove into this in depth in this story yesterday, which coincided with a new report from Good Jobs First, a vocal critic of corporate incentives. Among the sweeping policy questions the nonprofit researcher raises: Why should states subsidize EVs when consumer demand is clearly taking off?

Also complicating matters: the notion that electric vehicles may end up being job killers, more so than job creators, if you net out all the losses linked to internal combustion drivetrain components that no longer will be needed.

Good Jobs First does a detailed analysis of some of the deals states have cut with car companies and battery manufacturers. Georgia’s $1.5 billion incentive package for Rivian, for example, prominently touts average annual wages of $56,000. One needs to scroll down 130 pages to find that the wage floor is $20 an hour, which works out to about $36,000 a year. The state’s economic development agreement also allows Rivian to use “employee leasing” companies to count toward its job-creation goals.

In Kansas, the incentive deal for Panasonic that Good Jobs First values at $1.27 billion includes some favorable clauses for the Japanese battery company. According to the report, Panasonic has to invest capital for five years to win income tax credits, but doesn’t have to guarantee certain levels of employment or wages. If the factory is unprofitable and doesn’t owe any tax, the state is still obligated to pay out money each year, as long as the investments are made.

People on the left and the right of the U.S. political spectrum say corporate incentives can be wasteful and unnecessary. Even state officials who participate in the “tax-break industrial complex,” as the Good Jobs First report calls this phenomenon, acknowledge that it’s an unsavory game. But the feeling is they have little choice if they want to compete for these new jobs.