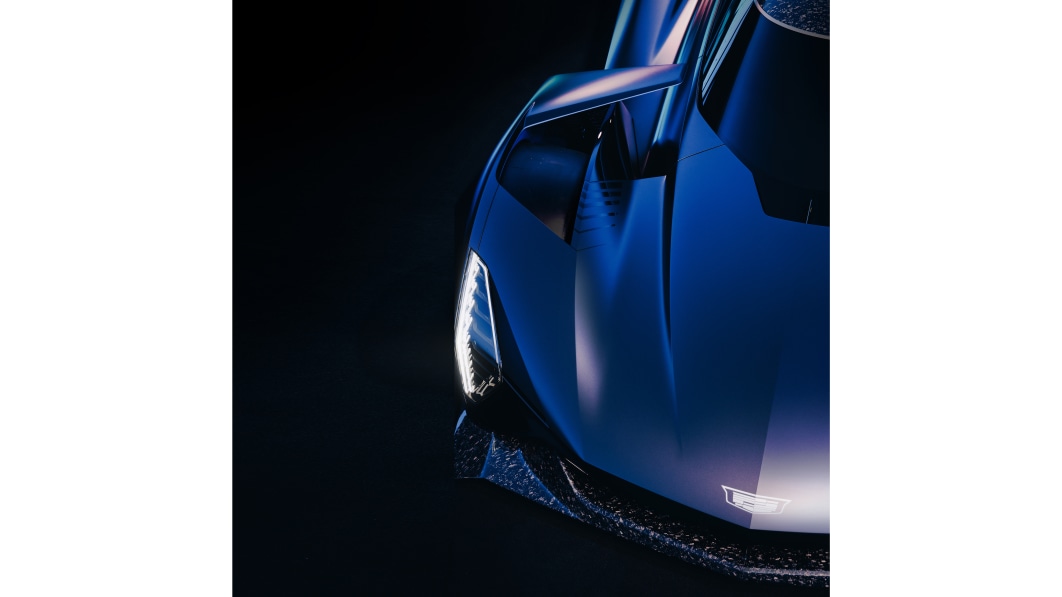 The design of the Cadillac Project GTP Hypercar is going to be fully revealed on June 9, but in the meantime, Cadillac has a teaser for us.

You’re looking at the front end of the race car set to compete in the World Endurance Championship’s (WEC) new GTP Hypercar class. It’s one angle of the car that we haven’t been able to see in previous teasers, and it’s already captured our attention. The massive splitter in front looks like it’s made of some rather pretty carbon fiber, and the body itself appears to be sporting a matte finish. A vertical headlight in classic Cadillac fashion is seen on the corner’s leading edge, and the fender looks like it has a fang protruding from it toward the cabin. There’s more of the carbon fiber material on the little roof. And lastly, we’ll point out the somewhat minimalist and flat Cadillac crest on the front, finished in white.

We’re definitely intrigued to see the rest of the Cadillac Hypercar now, as the previous renders depict a very good looking race car — it’s already leagues prettier than any of the current DPi cars raced by Cadillac. We’ll need to wait until June 9 to see the whole car, so tune back in then to see what Cadillac has in store for us.