2023 BMW X1 will debut iDrive 9.0 minus a rotary controller – Autoblog 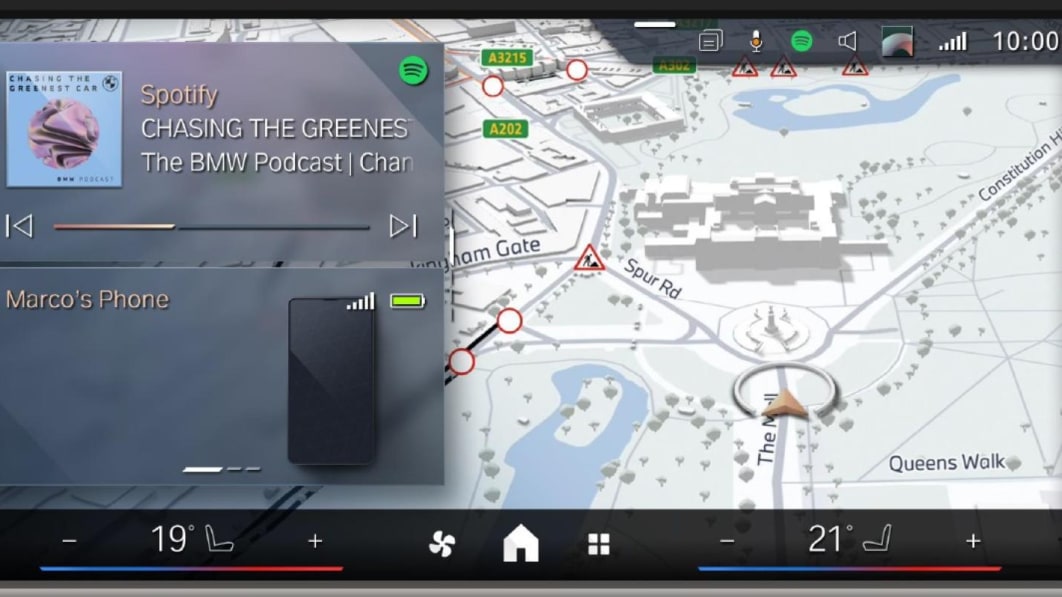 BMW began populating its model line with iDrive 8.0 two years ago in the iX and i4. Because software now defines so much of vehicle progress, BMW will drop iDrive 9.0 in just a couple of months. BMW Blog reports the brand new platform walks away from the Linux system iDrive is now built on, moving to Google’s Android Automotive for better integration and quicker operation.

iDrive 9.0 is based on open-sourced Android Automotive instead of Google Automotive Services. Using the former gives BMW more access to the software running the vehicle and additional remote diagnostic options. The first products to benefit from the upgrade are new X1 units produced from this March of this year, and the coming X2 and 2 Series Active Tourer. The new Mini Cooper and production Aceman coming later this year get iDrive 9.0 as well, with a Mini-specific interface. The Munich automaker said it wants to start the rollout away from bread-and-butter and halo cars to lessen the impact of potential teething issues.

We’re still missing most of the details as to what iDrive 9.0 will bring to the cabin. BMW Blog posted an image from a presentation that included the caption, “3D navigation, flexible touch layouts, content driven,” while Wards Auto says the image above is the new home screen. All executives would give away was that we’d see upgraded voice control, no doubt part of the ramp-up to the ghost in the machine named Dee that’s (who’s?) coming with the Neue Klasse cars due in 2025, and a new, simplified set of digital HVAC controls.

The rotary controller that’s been a feature of iDrive since the system’s debut in 2001 goes away in the smaller models that introduce iDrive 9.0. Larger, more expensive model will retain the knob when they make the transition, likely to suit an older audience that doesn’t need to be at the digital wavefront.

Internet use and OTA updates take advantage of 5G speeds, as will a new “Customer Digital Ecosystem” that’s a hub for apps, messaging, e-mail, and news.

What about the big cars? Since they’re on the Linux-based iDrive 8.0, they can’t be converted to the Android-based iDrive 9.0. BMW’s software centers have coded a big update known as iDrive 8.5. To show first in the i5 before moving up the chain to the 7 Series and i7, iDrive 8.5 is said to match the functionality and feature set of iDrive 9.0 save for the app store.